Aloha and welcome to this chapter of Legendary Surfers on legendary surfer Buzzy Trent. 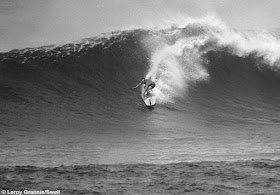 “You don’t go hunting elephant with a BB gun. If you’re going to hunt big waves, take a big gun.” 1

“Life’s a supermarket, Kurnz. Put anything you want in the shopping cart, but you have to deal with the checker on the way out the door.” 2

Aloha and welcome to the LEGENDARY SURFERS chapter on surfing as it was in 1954.

Disclaimer: I've tried my best to pin-point surfing events and stories that took place in 1954, but realize there may be some inconsistencies in the chronology. 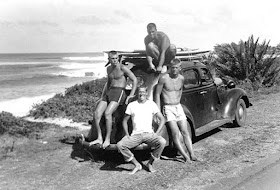 Long part of Volume 1 of LEGENDARY SURFERS, Surfing's Revival is back in the collection as a free, stand-alone chapter in PDF format. To read or download, please go to:

Aloha and Welcome to this LEGENDARY SURFERS chapter on legendary surfer and shaper Dale Velzy.

After several years lapse, this chapter -- written in 2004, just before Velzy's passing -- is once again posted for public viewing, reading and downloading.


LEGENDARY SURFERS GROUP GUIDELINES 🌿🌊🌿🏄‍♂️🏄‍♀️
✅ LEGENDARY SURFERS
Famous. Well known. Surfing Royalty. Pioneers. Innovators. Influential Shapers. Surf journalists. Surf photographers & filmmakers. Established surf artists. Past and Current surf pros. Outstanding Soul Surfers. Local Legends. Up and Coming Legends in the Making.
✅ ALL POSTS
Is it Legendary or historical
Relevant to classic surf culture
Photos and videos must be surf-related.
Anything not related to surfing will be removed.
✅ PHOTOS
Photos must contain Surfer ID and photographer credit.
If photographer is unknown, type “photographer unknown”.
WAVE PHOTOS must include photographer credit.
✅ PLEASE CORRECT YOUR POST CAPTIONS TO INCLUDE PROPER CREDIT if an LS member identifies the photographer or provides corrected Surfer ID in the comments section of your post.
Please use an album for multiple photos.
All album photos must be surfing related.
✅ VIDEOS must include source of ID
✅Please post generic beach scenes elsewhere.
Please post skateboarding and car/motorcycle photos elsewhere
Respect the locals. --> Do not name secret spots or lesser known spots.
✅ POSTS
Please limit your posts to 8 or so in a 24 hour period.
Please refrain from sharing/recycling other members’ posts.
✅ SELLING / ADVERTISING
Limited exceptions only. Must be approved by Admin.
Environmental posts must be approved by Admin.
✅ KEEP IT PONO
No Politics.
Negative & derogatory comments will be deleted, and may result in removal from the group.
Let’s keep the Aloha Spirit by doing all of the above! 🤙
🌴🌊
Malcolm Gault-Williams at Sunday, August 18, 2019 No comments:
Share 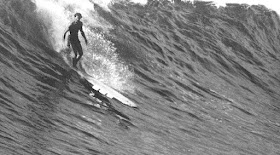 Aloha and Welcome to this LEGENDARY SURFERS chapter on the Great Women Surfers of The Wooden Era.

Originally written in the later part of the 1990's, this work was slightly edited in 2002 and part of the online collection for the following decade. After several years lapse, this chapter is once again posted for public viewing, reading and downloading. During most of the Twentieth Century, males came to dominate the world of surfing almost to the exclusion of women altogether. In recent times, this has been changing. Even so, few realize that surfing’s roots lay in a much more egalitarian surfing lifestyle in the Polynesia and Hawaii of old. This included equal participation by not only males and females, but children as well. In fact, when one looks at the entire history of surfing that we know of and can surmise, most of that time was spent with, yes, an admittedly male dominant role, but certainly not without the ever presence of kids and women. In that sense, the increasing modern day influence on surfing by female surfers can be seen more as a return to past balance, rather than just a new development.
While our history rights its course, virtually lost to us is the memory of the many notable women surfers who rode the ocean’s waves up through the first half of the 1900's. Some of them, you will find here…

My chapter on Legendary Surfer Mike Doyle is now back in the LEGENDARY SURFERS collection at: 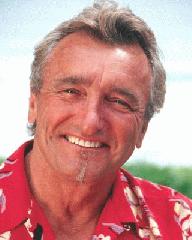 Aloha and Welcome to this chapter on the high points of surfing during 1952 and 1953.
What this chapter contains:

To read, please click on the newspaper image below.
You will be redirected to the chapter: 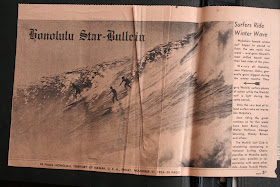