LEGENDARY SURFERS GROUP GUIDELINES 🌿🌊🌿🏄‍♂️🏄‍♀️
✅ LEGENDARY SURFERS
Famous. Well known. Surfing Royalty. Pioneers. Innovators. Influential Shapers. Surf journalists. Surf photographers & filmmakers. Established surf artists. Past and Current surf pros. Outstanding Soul Surfers. Local Legends. Up and Coming Legends in the Making.
✅ ALL POSTS
Is it Legendary or historical
Relevant to classic surf culture
Photos and videos must be surf-related.
Anything not related to surfing will be removed.
✅ PHOTOS
Photos must contain Surfer ID and photographer credit.
If photographer is unknown, type “photographer unknown”.
WAVE PHOTOS must include photographer credit.
✅ PLEASE CORRECT YOUR POST CAPTIONS TO INCLUDE PROPER CREDIT if an LS member identifies the photographer or provides corrected Surfer ID in the comments section of your post.
Please use an album for multiple photos.
All album photos must be surfing related.
✅ VIDEOS must include source of ID
✅Please post generic beach scenes elsewhere.
Please post skateboarding and car/motorcycle photos elsewhere
Respect the locals. --> Do not name secret spots or lesser known spots.
✅ POSTS
Please limit your posts to 8 or so in a 24 hour period.
Please refrain from sharing/recycling other members’ posts.
✅ SELLING / ADVERTISING
Limited exceptions only. Must be approved by Admin.
Environmental posts must be approved by Admin.
✅ KEEP IT PONO
No Politics.
Negative & derogatory comments will be deleted, and may result in removal from the group.
Let’s keep the Aloha Spirit by doing all of the above! 🤙
🌴🌊
Posted by Malcolm Gault-Williams at Sunday, August 18, 2019 No comments: 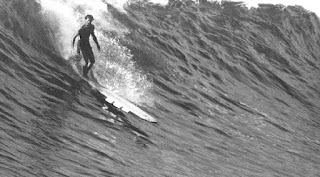 Posted by Malcolm Gault-Williams at Sunday, August 11, 2019 No comments: