As surfing emerged and developed in Western Polynesia between 1500 B.C. and 400 A.D.,1successive waves of Polynesian sailing expeditions explored and settled all of Polynesia.2 Double-hulled voyaging canoes covered thousands of miles of open ocean. They were guided only by celestial bodies, the flight of the golden plover3 and other birds, and sets of ocean swells as aids to primitive navigation – known today as “wayfinding.”

Legendary early-Twentieth Century surfer Tom Blake marveled: “No more daring and courageous sea journeys are to be found in history.”4 Indeed, by 800 A.D., the only other known significant seagoing explorations on the planet had been made by Phoenicians sailing the coast of Africa, Irish travelers reaching Iceland, and Vikings discovering the Faroe Islands between Norway and Iceland.5

After the major period of Polynesian expansion was over, there were later voyages consolidating the links between the islands. In this period of ali‘i voyaging, the most famous of the voyaging chiefs was Mo‘ikeha. He is the first surfer we know much about.

Mo‘ikeha's legend is not always easy to follow because of the numerous -- often conflicting -- versions of his exploits that have been recorded. But, back in the 1990s, I gave it a shot. Here it is as a free eBook, excellent for viewing on a mobile device, available for downloading and sharing as a pdf file:

There is new, additional evidence that the "Sandwich Island Girl" may have existed and surfed Asbury Park, New Jersey, in the summer of 1888. Please visit the updated chapter, especially the later section with the updates from 2017 and 2018: 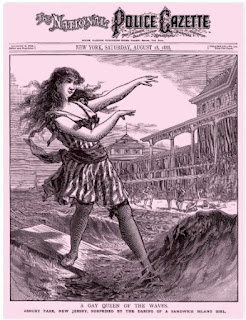 I've wanted to write about Nick and add his story to the LEGENDARY SURFERS collection for a long time.

Over the decades since his death, there's been a good deal of folklore added to Nick's history as a surfer. Wanting to get it straight, myself, I've done my own research and this is the result.

I hope Nick's story inspires you as it has many others.

Taken out of mothballs and dusted off a bit, I've reintroduced my chapter on surfing circa 1950-51 at:

Please continue to enjoy the writings on surfing's history and culture at LEGENDARY SURFERS - one of many services brought to you by the Surfing Heritage and Culture Center (SHACC).

Due to the transition from the old SHACC website to the new one, quite a number of chapters in the LEGENDARY SURFERS Collection are missing -- especially from 1950 onwards. Please bear with us. They will return.

This history is not particular to the month that it is listed (in this case, "October 2017"). It's just that the material concerning the surfing history or item of surfing cultural significance reached my desk on that month and that is the month I've collected a group of the best. Material ranges from the earliest recorded writings about surfing to the latest video, just released. As a writer of surfing's history and culture for over 25 years, this is information I feel is important for readers and viewers who are most interested in our history as surfers and the culture we share.

This first group consists of links I've collected during the month of October 2017 (LEGENDARY SURFERS Newsletter #99). Each month I will pass along a new list for you to check out. Aloha! 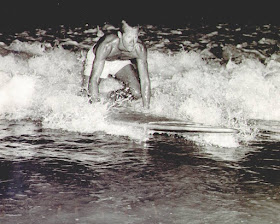