The History of Surfing

A good overview of the history of surfing is Ben Marcus' "From Polynesia, With Love: the History of Surfing from Captain Cook to the Present" - posted at the "Surfing For Life" website. I recommend it.

Posted by Malcolm Gault-Williams at Thursday, April 22, 2010 No comments:

When Surfboards Defined A Society

Marion Stratford had a surfing column called "Surfing Examiner" at Los Angeles' Examiner.com. Second in his series included some neat artwork from Ron Croci. Unfortunately, the article is no longer available online, but here it is, sans artwork:


When Surfboards Defined A Society
by Marion Stratford, April 12, 2010, Examiner.com


Imagine your surfboard defining your place in society.

In Ancient Hawaii, it did.

Under the kapu system of laws, the ali’i was above all others. The ruling class surfed on one type of board, and the commoners used another. Even the type of wood used determined social classification.

Commoner surfboards came in three lengths and were mostly constructed of wood from the koa tree. The introductory board to wave riding, or he'e nalu, was the paipo. 2’- 6’ in length, the finless paipos were much like today’s bellyboards and mostly ridden by children.

Once accustomed to the rhythm of riding waves, surfers would move on to the alaia. Suitable for standup, an alaia ranged 6’ to 12’ in length and was the forerunner of today’s surfboard.

After mastering the art of surfing, commoners would advance to the kiko’o, a board 12’ to 14’ in length, and, as you can imagine, much more difficult to ride. To master one of these definitely demonstrated one’s proper place at the top of society.

The ruling class had its own board made of its own wood, the olo. 14’ to 18’ in length, not only was the olo a bigger board, but it was constructed of the more buoyant wood of the wili wili tree and further defined the class separation of kapu.

The ali’i even has their own breaks, and under kapu, any attempt by a commoner to paddle out among the elite was punishable by, among other things, death.

Surfboards were sacred, their construction ritualistic. Kahuna would search for just the right tree, sacrifice fish as an offering to the gods and stand guard over the specimen overnight under prayer.

Only after successful completion of the ritual, could the tree be felled, and once it was cut down, more sacred behavior was practiced by the kahuna.

Finer shaping was done with blocks of coral and stone..

First the board was rough-shaped with an adz. Then, the wood was shaped and planed with blocks of coral or stone. Once shaped, it was applied with a finish, such as the root of the ti plant or the stain from banana buds. The board was then treated with kukui oil to give it a glossy finish.

When the surfboard had met the kahuna’s approval, it underwent a final ritual of dedication, and only then was it offered to the sea.

Brotherhood of The Board

LEGENDARY SURFERS: "Brotherhood of the Board"

"Brotherhood of the Board" was written by Cynthia Dizikes and published in September 2005. It is a great look at the sport of paddling and legendary paddler Mike Eaton. Please give it a read:

BROTHERHOOD OF THE BOARD
Posted by Malcolm Gault-Williams at Friday, April 09, 2010 No comments:

John Whitmore -- sometimes referred to as the father or "uncle" of South African surfing -- was “an energetic man with an adventurous spirit and an enquiring mind,” eulogized surfer, writer and his friend Paul Botha, following Whitmore’s passing on Christmas Eve 2001.

Affectionately known to South Africans as “The Oom” – the Afrikaans equivalent of “uncle” -- Whitmore spent the better part of his life pioneering surfing, Hobie Cat sailing, and bodyboarding on the Southern tip of Africa from the 1950s to the beginning of the 1990s.

Special thanks to Paul Botha and Dick Metz, both of whom provided images and background info on The Oom for this chapter in the LEGENDARY SURFERS series.

To read the chapter, please go to: Oom: John Whitmore

To view stats on his surfboards, please go to: SHF: Stoked-n-Board: Whitmore Surfboards

Go Back To The LEGENDARY SURFERS Homepage

Posted by Malcolm Gault-Williams at Wednesday, April 07, 2010 No comments:

The Early History of Peruvian Surfing

Aloha and Welcome to this chapter on The Early History of Peruvian Surfing!

Peru is rich in surf history. While we can only conjecture as to its earliest days of riding reed craft, the stories of the early days of Peru’s modern era are now legendary across the planet.

I am indebted to the following for their contributions to this 23,069-word look at the early days of modern Peruvian surf history:

First and foremost is Oscar Tramontana Figallo, whose work in documenting Peruvian surf history was invaluable. Coming a close second is Felipe Pomar, who took time out to answer specific questions I had about his early days and the nature of Peruvian surfing especially in the 1960s. Thirdly, I am in much appreciation of the archival photos from Carlos Rey y Lama.

Although I credit everyone in my footnotes, I also want to thank – in the order of the appearance of their contributions – the following: Matt Warshaw, Ben Finney and James Houston, Peru Surf Guides, Glenn Hening, Marcus Sanders, Olas Peru, Fred Hemmings, Mike Doyle, Augusto Villaran, Oscar M. Brain and Juan Forero.

This is the first priced chapter in several years, at LEGENDARY SURFERS, at a cost of $7.95 U.S. Dollars (or equivalent). The chapter will be emailed to you as an electronic PDF file that you can read on-line, print out, and share with others. The chapter also includes hyperlinks to related material that you can click within the file, itself.

I hope you enjoy this read as much as I did writing it! 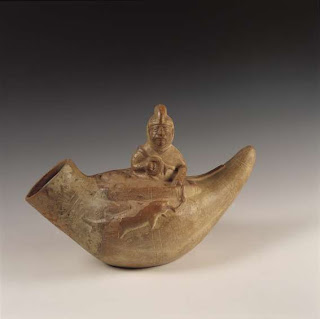 
Posted by Malcolm Gault-Williams at Saturday, April 03, 2010 No comments: